Will You Be Ready When Scammers Knock on Your Door? 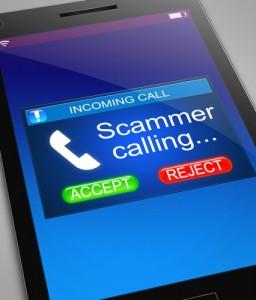 In a previous post we gave you some pointers for spotting a fencing scam.

Today, we’re just going to remind you to brush up on those pointers, and to do your homework when you hire anyone to do any kind of work on your home. Some recent stories from right here in the state of Wisconsin say that there are still plenty of people out there who will happily cheat anyone they can.

Though this guy may just be really bad at his job, he nevertheless has left a lot of customers in the lurch. Moral of this story?

Hire guys who do one thing, not three things at a time.

In general, if a contractor is out knocking on doors in order to drum up business they’re either really inexperienced or getting ready to take you for a ride. Fortunately, the homeowners in this particular story only lost $600 to the guys who said they’d seal coat their driveway. We’ve seen people lose tens of thousands of dollars.

Remember, it doesn’t matter if they’re offering you a really good deal if all they’re planning on doing is taking off with your money anyway.

In this case, the scammers looked pretty legitimate. They had a website. They made the homeowners sign a contract. Unfortunately, everything disappeared as soon as the scammers cashed the big deposit check.

Look for websites with lots and lots of content on it. For example, you’ll find posts on this blog that stretch back for years. This tells you that a lot of money has been invested into our website, which means it would be awfully stupid of us to disappear just to take someone for a ride. Look up BBB ratings…you want to see how long any given company has been in business, too. The longer, the better…established companies don’t just disappear.

Finally, some contractors do require some money up front. Make sure you pay with a credit card, however, so you can dispute the charges if the contractors go AWOL.

You’d think if you could trust anyone with your home it would be HGTV. But two homeowners found out that the reality isn’t as beautiful as what they were seeing on the screen. They paid $140,000 to have one of those renovation shows redo their homes. They ended up with a messy nightmare: windows painted shut, huge holes in the walls and floors, and mediocre results, even when the work was done.

In this case they even looked up the contractor who the network wanted to use, and were concerned with the numerous bad reviews. The bottom line? If a contractor has bad reviews, believe them…and think twice about contacting similar shows. They could have paid a lot less and chosen their own contractor had they done the same.

The fence industry really isn’t prone to as many scams as other industries. People are rarely terribly desperate to do something about their fence, whereas their roof or some other work might be very pressing. Still, it pays to check reviews, do your homework, and be absolutely sure that you’re comfortable with the reputation, methods, and longevity of any contractor you care to hire. You want a new fence, gazebo, or pergola…not a new, expensive problem.

OUR FENCES LAST LONGER BECAUSE WE MILL OUR OWN WOOD!

Our milled boards are a quarter inch thicker than most competitors!

We are proudly associated with: